6 Icelandic Crime Novels to Add to Your Reading List 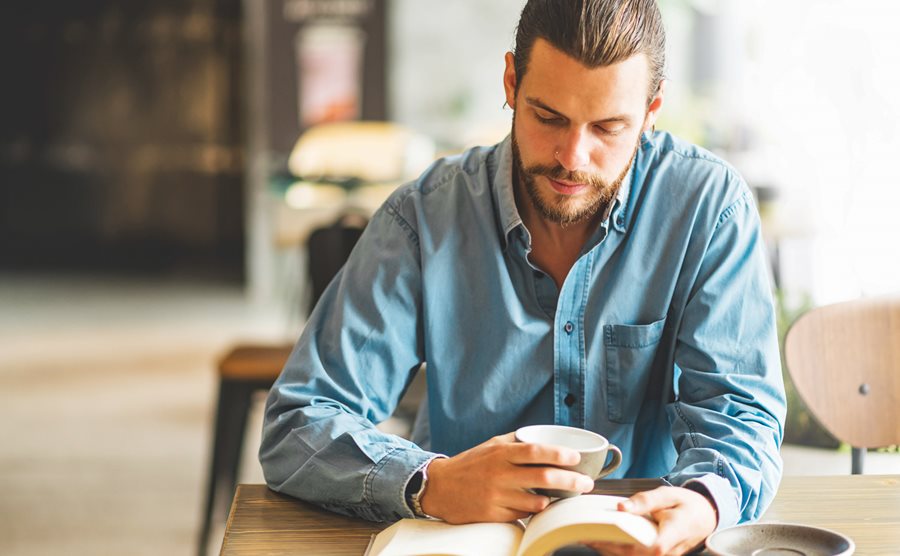 In the past ten years, the number of Icelandic books translated into foreign languages has multiplied three times. These books have been translated in up to 50 languages.

It’s no wonder that Icelandic books are so popular — Iceland has the highest rate of authors per capita in the world. Competition is high, but so is quality. The most recent survey reveals that on average, Icelanders read 2.3 books per month (Americans read about four books a year). 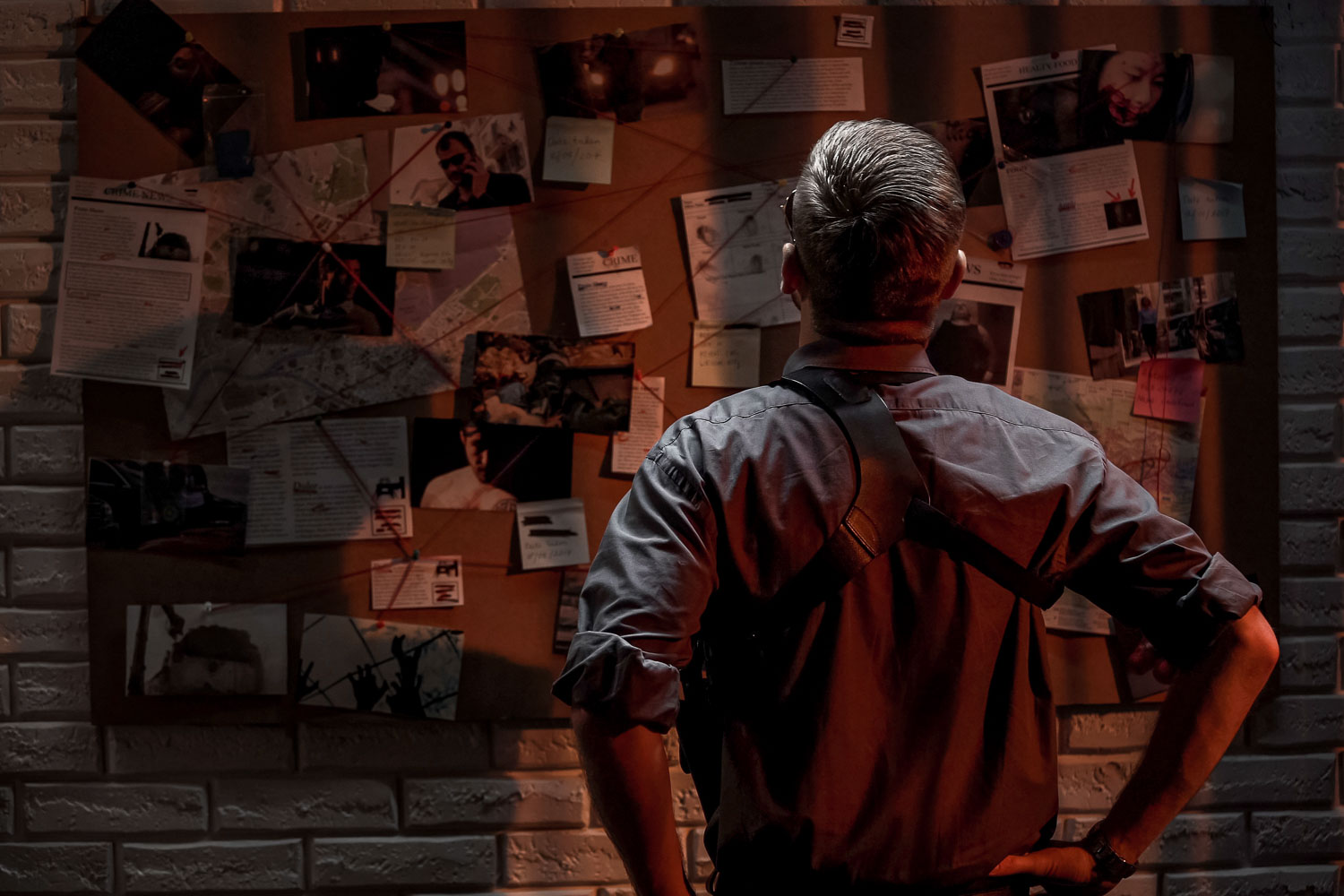 Ironically, the most famous Icelandic books worldwide are crime fiction even though Iceland has an extremely low crime rate. For years, the Global Peace Index has ranked Iceland as the world’s most peaceful country.

Ironically, the most famous Icelandic books worldwide are crime fiction even though Iceland has an extremely low crime rate

1. Season of the Witch by Árni Þórarinsson (translated by Anna Yates), 2012

About the Author: Árni Þórarinsson started his career in journalism in 1971 and worked across different media including radio, television and print. He sat at the judging panel at several international film festivals, including the Reykjavik Film Festival in 1989.

The same year, Árni published his first book Nóttin hefur þúsund augu (The Night Has a Thousand Eyes). With this crime novel, the author started a series of books about the investigative journalist Einar. Árni’s books have been translated and published in Denmark, France, Germany and other countries. Tími nornarinnar (Le temps de la sorciere in French) became one of the best selling crime novels in France at the time it was published in 2007.

Árni has also written scripts for television. He’s one of the scriptwriters for TV series Dagurinn í gær (Yesterday) and was nominated for four EDDAN awards (Icelandic Film and TV Awards), including one for the best script.

About the Book: Season of the Witch is the fourth book about the investigative journalist Einar and the first of the series to be translated into English.

The narrative has three intertwining plot lines that each tell a different mystery. Along with the murders, the book tackles global problems, such as Iceland’s social problems in the early 2000s and the industrial development of a small fishing town. Readers also witness the personal growth of the protagonist, who, along with the country, faces inevitable changes.

The book is full of plot twists that hold the reader’s attention. Árni created a likable and interesting character that is relatable to readers all over the world. At the same time, he represents Iceland in many different ways. 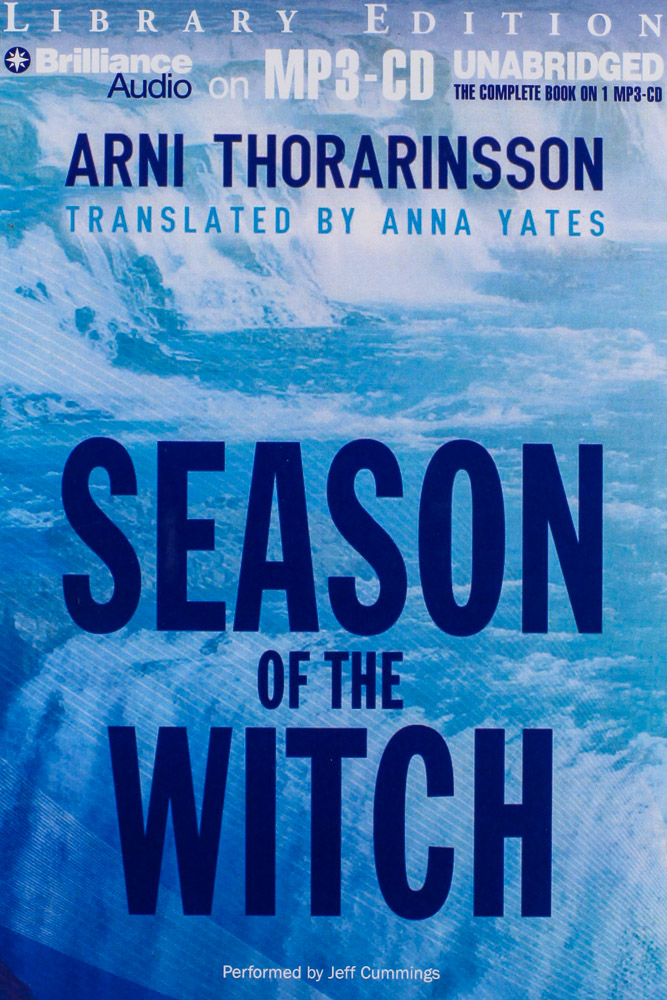 2. The Shadow District by Arnaldur Indriðason (translated by Victoria Cribb), 2017

About the Author: Arnaldur Indriðason is the best-known Icelandic name among English-speaking crime fiction fans. And yet, the beginning of his international career wasn’t easy. Foreign publishers said that Arnaldur would have to change his name if he wanted the rest of the world to pronounce it. Some also said that Icelandic crime novels wouldn’t be popular considering that the “country of elves and volcanoes” has such a low crime rate.

Arnaldur graduated with a degree in history and worked as a journalist and film critic. In 1997, he published his first book Sons of Dust (Synir duftsins). Some of his written works have been made into films.

The author has won a number of awards, including two Glass Key awards for the best Nordic crime novel (for Jar City in 2002 and Silence of the Grave in 2003). In 2013, The Shadow District won the RBA Prize for Crime Writing, a Spanish literary award.

For many years, Arnaldur’s fiction revolved around the detective Erlendur. Fourteen books featuring the detective have been published. Since 2010, Erlendur has been put to rest (or rather a deep freeze, if you’ve read Strange Shores) and other protagonists have taken over. 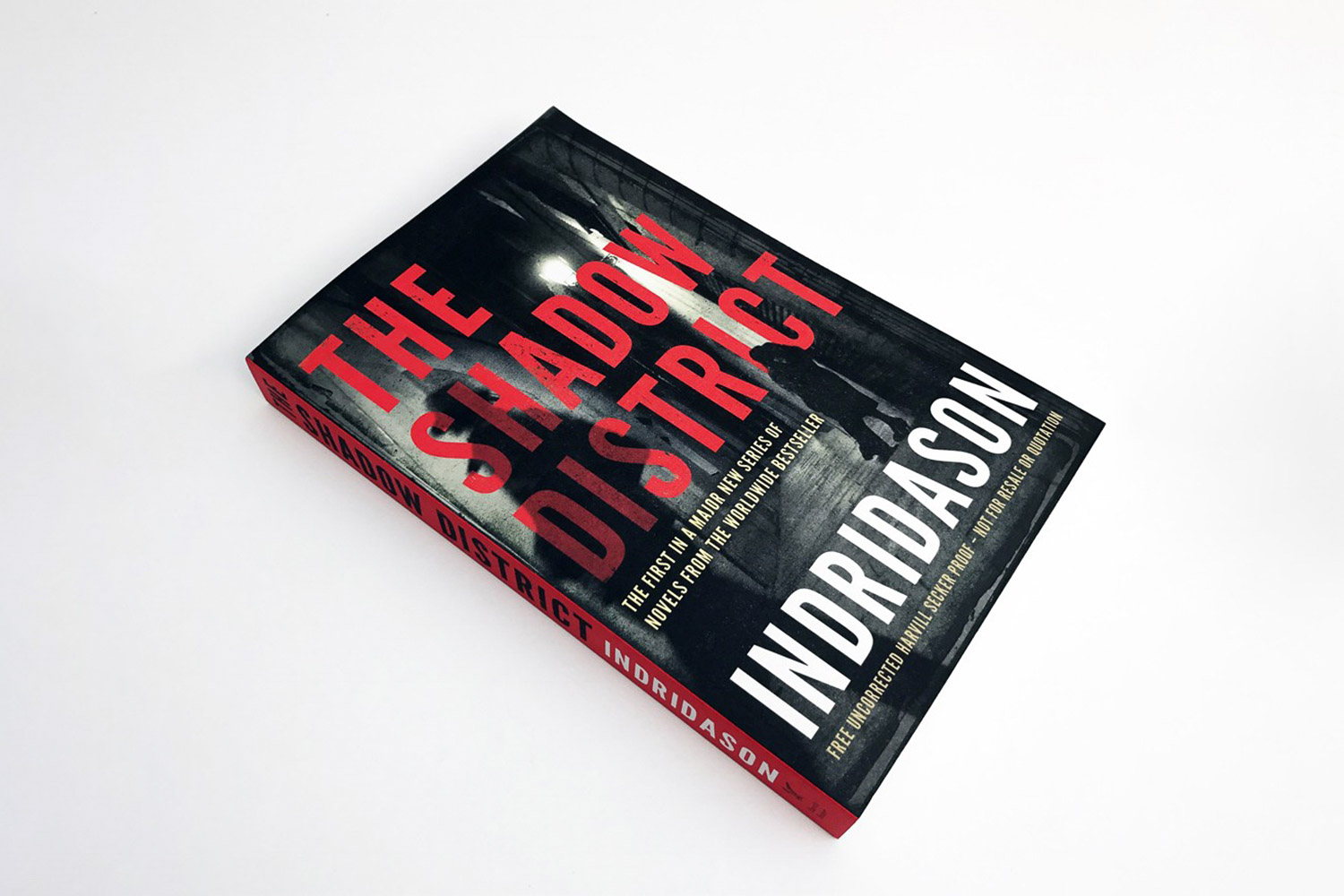 About the Book: The Shadow District is the first book of the Reykjavik Wartime Mystery series. The author has published three books of the series so far.

The action takes place in Iceland during the Second World War. At the time, the country was occupied by the American and British forces. According to the author, this period hasn’t been covered in historical fiction. Having a background in history, Arnaldur decided to write about the time that brought important social changes in the country.

Arnaldur juggles with the timeline to bring complex layers to the story. The narrative is split into three investigations, all happening in different periods of time. The author has used this narrative technique in his previous works. Juggling different timelines allows the author to explore how passing time impacts the narrative. In The Shadow District, Arnaldur manages it as masterfully as ever. 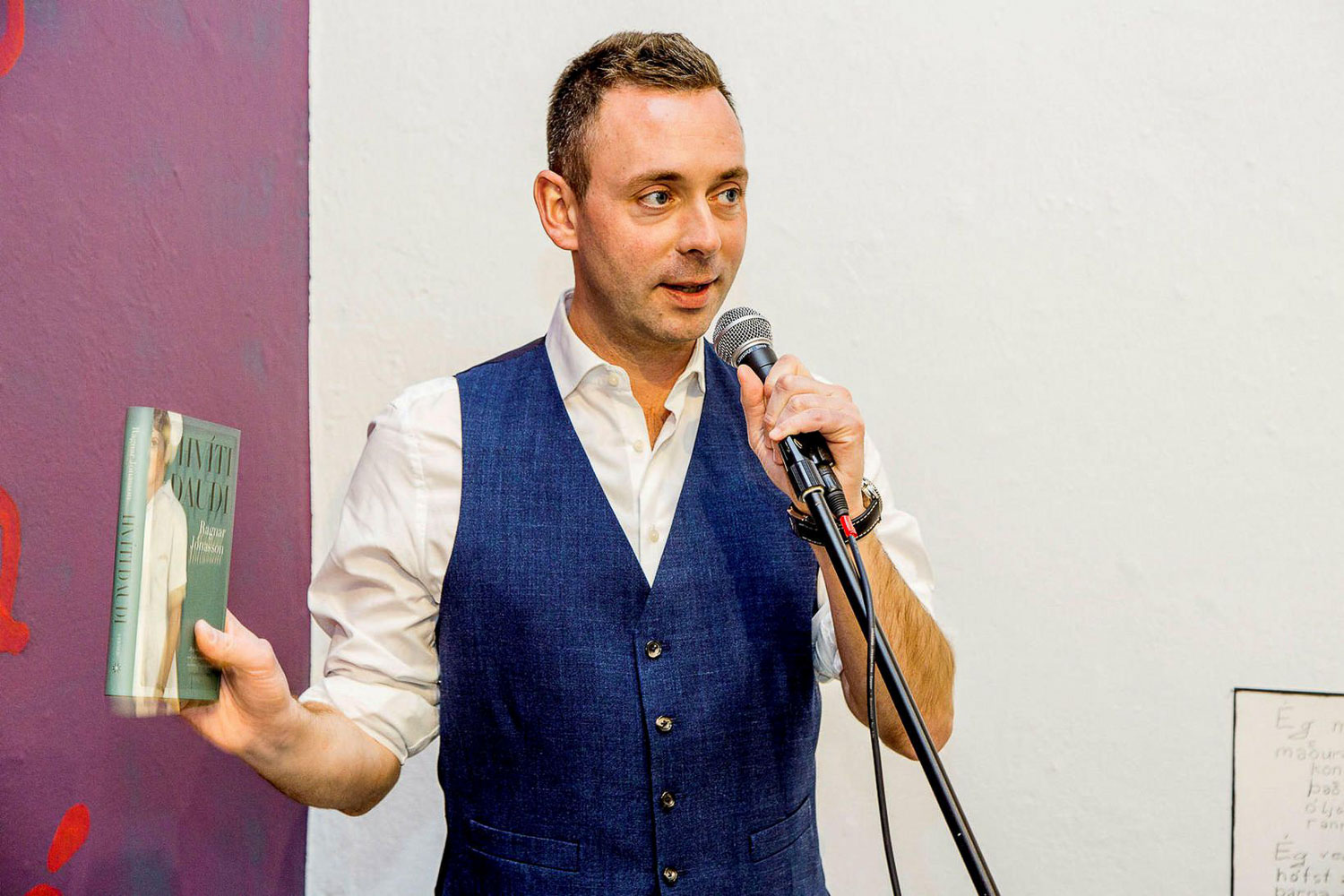 About the Author: Ragnar Jónasson has sold a million books worldwide, half of them in France. His books have been translated into 22 languages and published in 30 countries. In 2019, Blackout and The Darkness became best-selling crime fiction books in France and Sweden.

Besides being a writer, Ragnar is also a lawyer and university professor. He teaches copyright law at Reykjavik University. Prior to his academic career, Ragnar also worked as a TV reporter at RÚV, the Icelandic National Broadcasting Service. 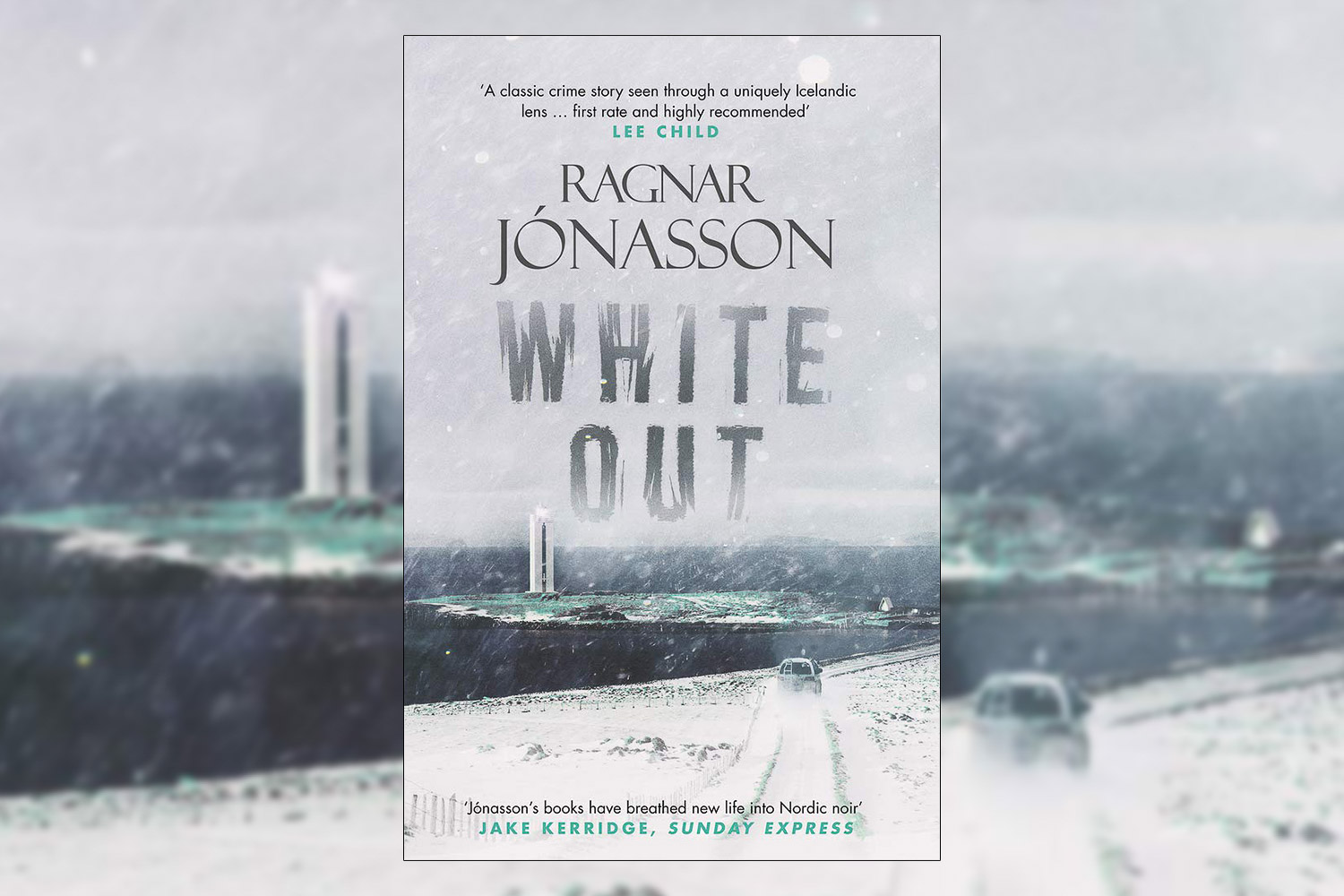 About the Book: Whiteout is the fourth book of the Dark Iceland book series, but it can surely stand alone. The series features detective Ari Thor, who’s been posted to work at a small town near the Arctic Circle. With his vivid descriptions of the Icelandic landscape, Ragnar manages to draw in the reader and transfer them to the rural area in the mountains.

Whiteout features a so-called “locked-room mystery,” or an impossible crime. The story tells about the tragic death of a young woman that leads the detective to a tangle of family secrets. The author slowly builds the tension as he reveals new plot developments, compelling and bringing chills to the reader. Ragnar writes in the style of an old-school mystery rather than gruesome and graphic crime fiction.

The plot develops slowly, enchanting the reader and drawing them in. If you’re looking for a book to read with a cup of tea while snuggled up in a blanket, Whiteout is the perfect pick. 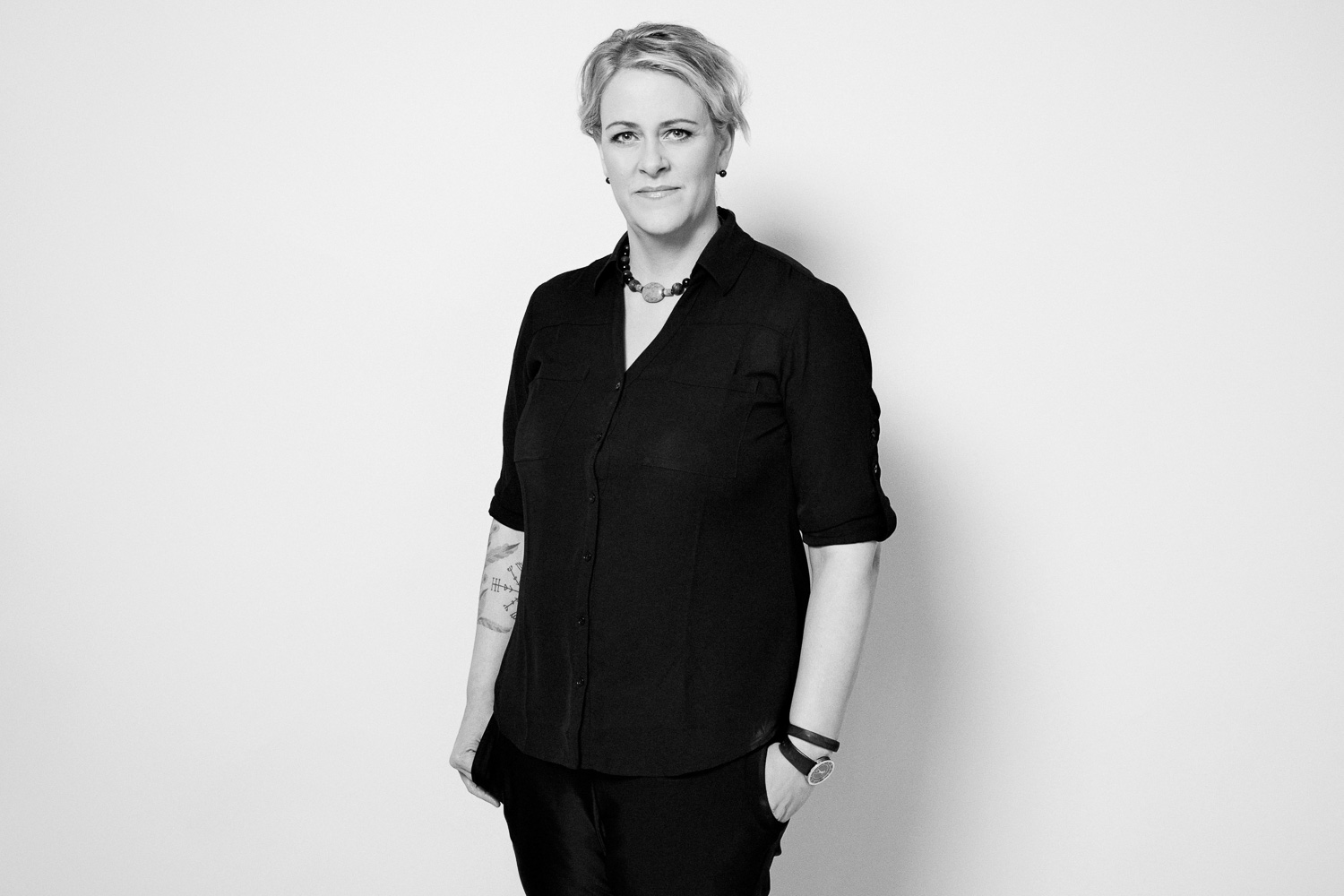 About the Author: Lilja Sigurðardóttir is a crime writer and playwright. So far, she’s written six crime novels that have been translated into over 10 languages. Her most recent series, the Reykjavík Noir Trilogy, has been sold to international television and cinema production company Palomar Pictures.

Lilja published her first novel Spor (Steps) in 2009. In 2015, the author started writing the Reykjavík Noir Trilogy. The first book of the series, Gildran (Snare, 2017), became an instant success. Netið (Trap, 2018) and Búrið (Cage, 2019) have also compelled crime fiction fans all over the world.

In 2014, Lilja’s Stóru Börnin (Big Babies) won Best Play of the Year award from Griman, the Icelandic Performing Arts Award. Her books have also been nominated for and received a number of Icelandic and international literary awards. 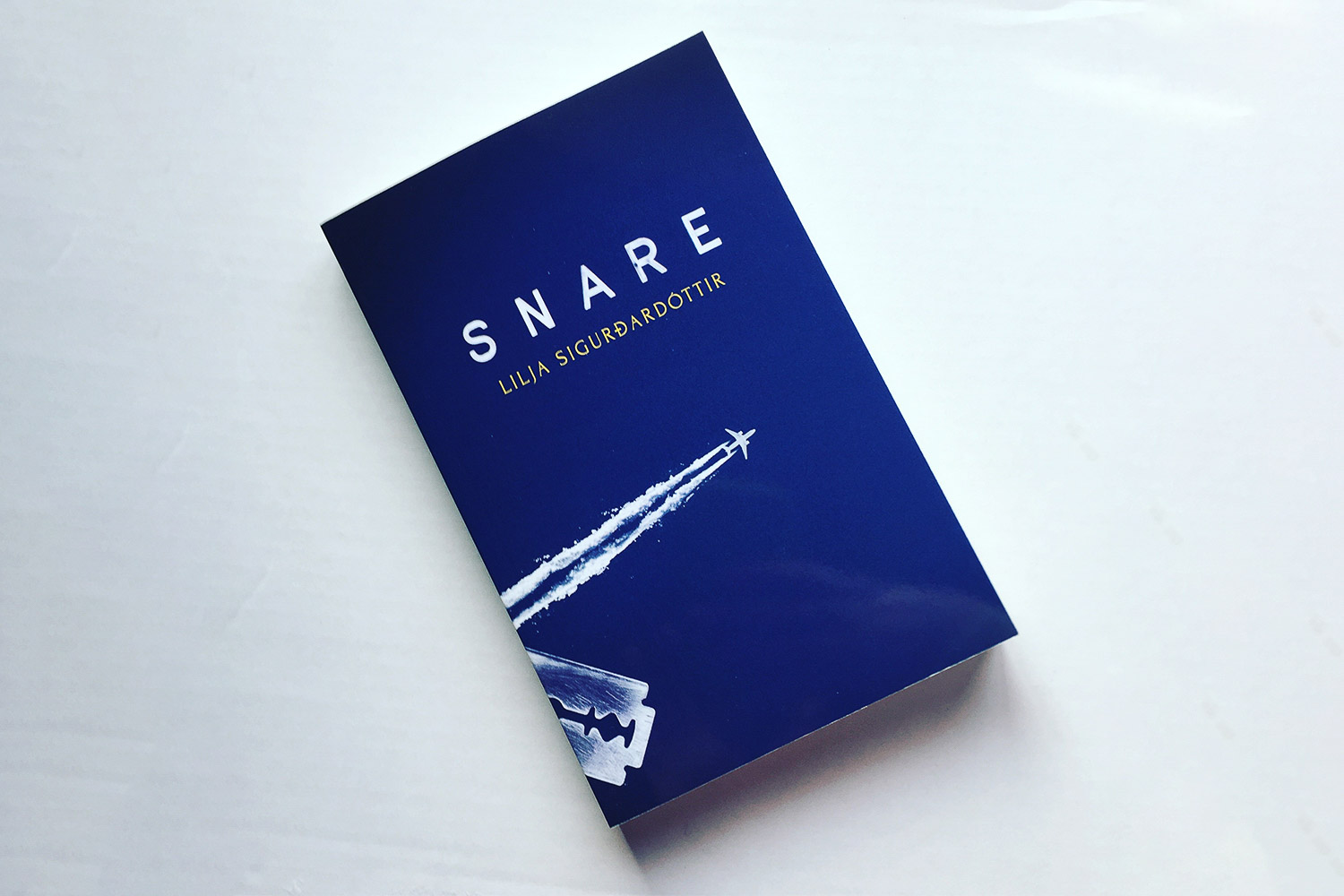 About the Book: Snare brings a breath of fresh air to the world of crime fiction. Unlike in most thrillers, here the main lead is taken by two women involved in a passionate love affair. These women are also in their forties. Featuring strong, independent and homosexual women as protagonists, Lilja creates a character-driven thriller about drug smuggling and a mother who faces tough decisions.

Stepping away from the traditional Nordic Noir style, Lilja finishes the book with a shocking plot twist. If you like surprises, this is the crime thriller for you.

5. The Creak on the Stairs by Eva Björg Ægisdóttir (translated by Victoria Cribb), 2020 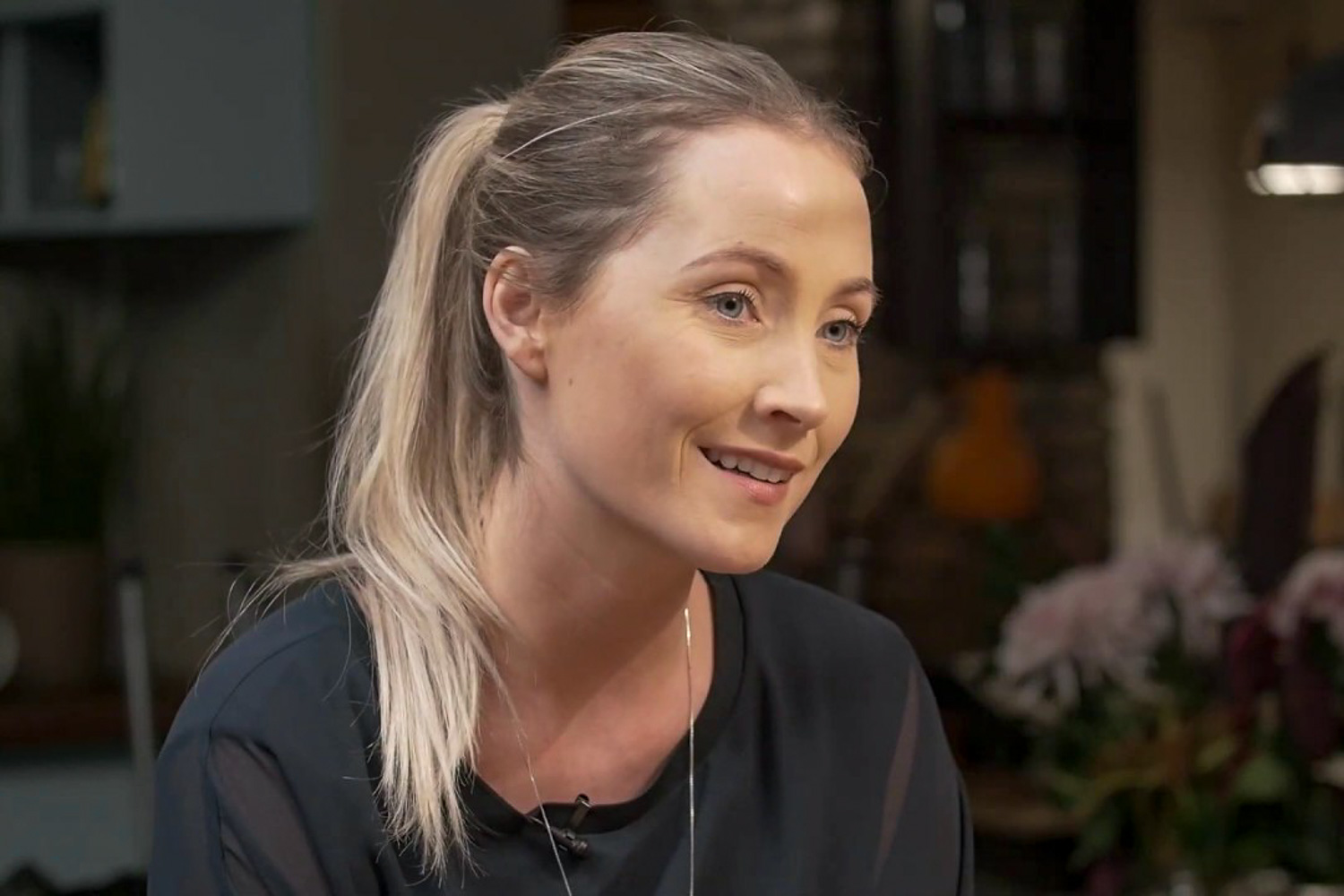 Eva obtained her master’s degree in globalization in Norway. After her studies, she moved back to Iceland and worked as a flight attendant. The mother of three finished the first draft of her book in nine months.

About the Book: The Creak on the Stairs features chief investigating officer Elma, who comes back to her hometown Akranes after a failed relationship. Elma and her colleagues Hörður and Sævar investigate the mysterious death of a woman. As detectives begin to solve the case, they seem to open a Pandora’s box. The team brings to light crimes that shake up the community.

The novel is disturbing and chilling, but you simply cannot put it down. 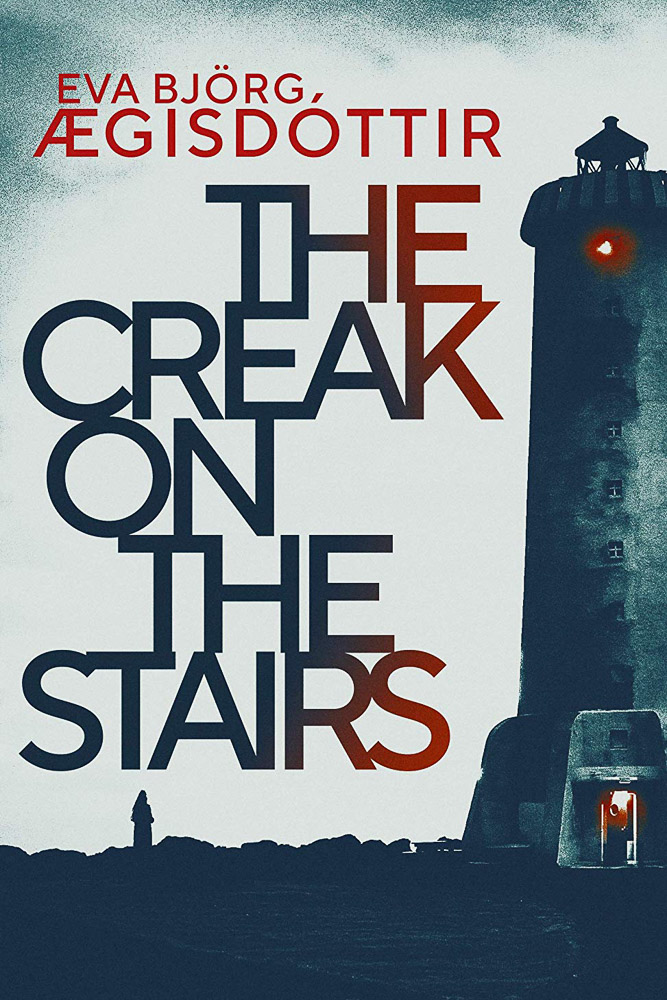 6. The Legacy by Yrsa Sigurdardottir (translated by Victoria Cribb), 2017

About the Author: Many know Yrsa Sigurdardottir as a successful crime fiction writer. However, she started her literary career as a children’s book author. She published five books for kids and received two awards for her works. Even fewer people know that Yrsa is a civil engineer and still works as one in Iceland!

Yrsa’s thrillers have been translated into more than 30 languages. The Sunday Times named two of her novels Crime Novel of the Year. The author has received a number of literary awards in Iceland and abroad. Yrsa has also published three standalone horror books. One of them, I Remember You (Ég man þig, 2010), has a film adaptation that premiered in 2017.

About the Book: The Legacy is the first novel in the crime series about Freyja and Huldar’s investigations. The plot develops as a young woman is murdered in her home in Reykjavik. The only witness to the crime is her seven-year-old daughter. Soon, another woman is murdered. Police officer Huldar and children psychologist Freyja are assigned to work together. Their collaboration is complicated by the fact they recently spent a night together, not knowing they’d soon be working on the same case.

The book compels with its vivid depiction of characters and intriguing plot. Yrsa’s fast-paced storytelling draws the reader in and doesn’t let you go until the very last page of the book. 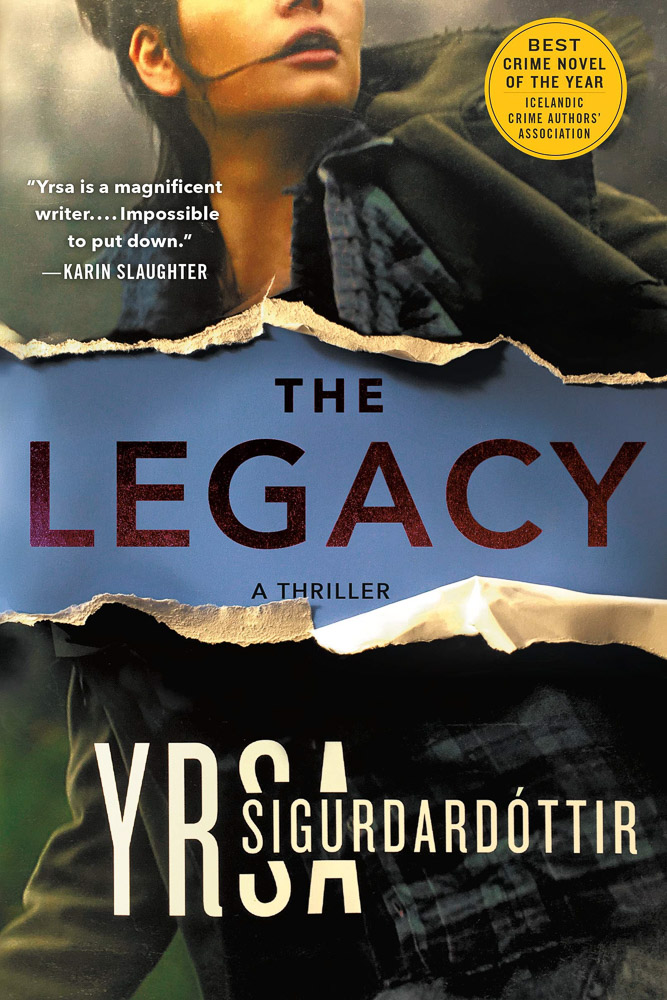 Share this with fellow bookworms and spread the word about great Icelandic detectives! 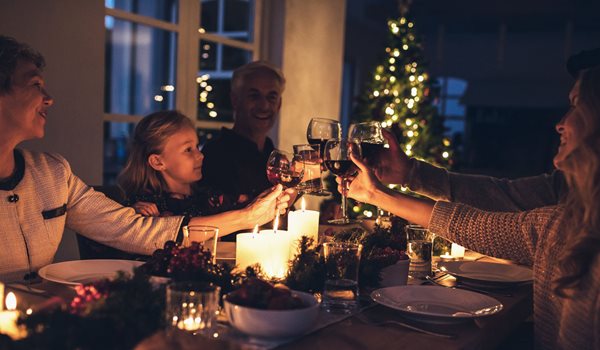 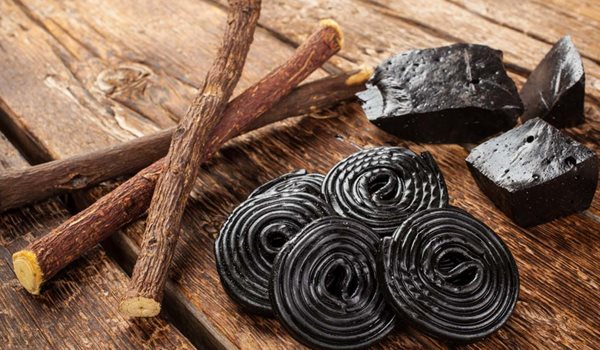 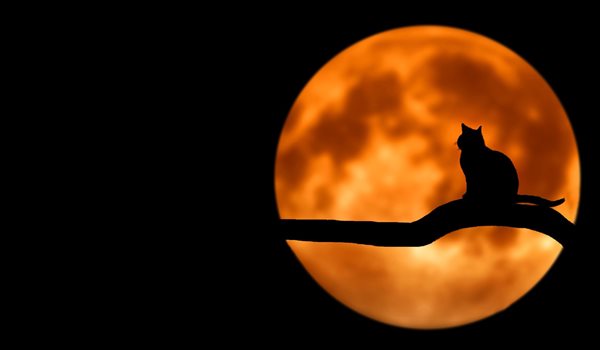