Everything You Don’t Know About Iceland’s Arctic Coast Way

Everything You Don’t Know About Iceland’s Arctic Coast Way 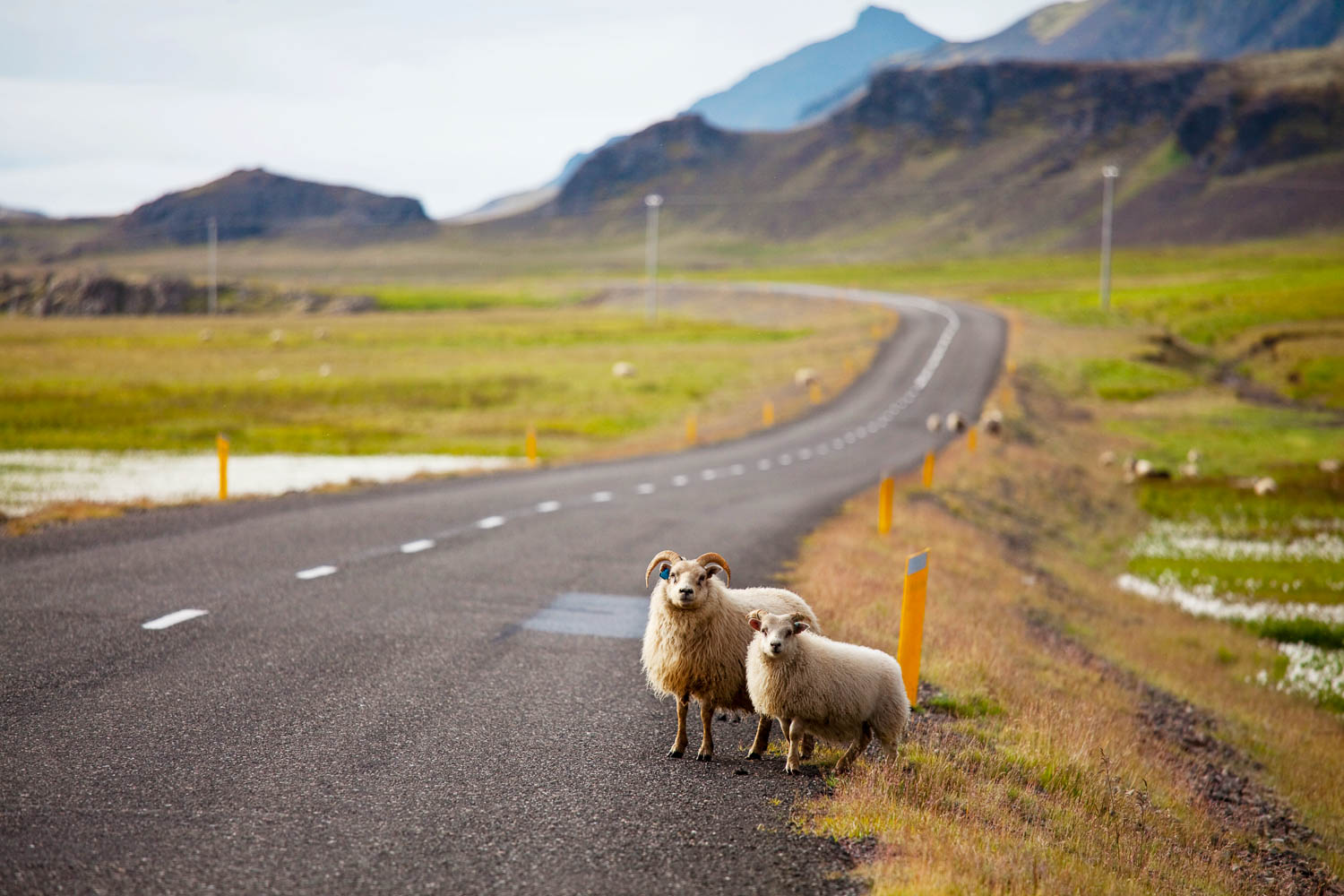 The Arctic Coast Way is all about slow travel, visiting small towns and coming closer to nature. With wellness tourism rapidly growing in popularity, this new route that chooses local over commercial and sustainable over trendy has more potential than ever.

We’ll resist listing a full itinerary for the Arctic Coast Way trip. You can find it on the Arctic Coast Way’s official website. Instead, let’s see why this new travel route is so important to Iceland, its tourism industry and its people — both locals and travelers.​

The Arctic Coast Way is all about slow travel, visiting small towns and coming closer to nature.

This new travel route should bring out a balance in tourism across the country. It will not only allow people to see the best of Iceland without pushing through large crowds, but also help the environment and support local businesses.

The rapid growth in tourism (from around 565 000 visitors in 2011 to over 2.3 million in 2018) has affected various parts of Iceland differently. Reykjavik, the Golden Circle and the South Coast have seen the majority of tourists since these attractions are closest to the airport. Many visitors come to Iceland during their flight layovers and never travel far enough to reach the North Coast.

This new travel route should bring out a balance in tourism across the country. It will not only allow people to see the best of Iceland without pushing through large crowds, but also help the environment and support local businesses. How? Read on to find out! 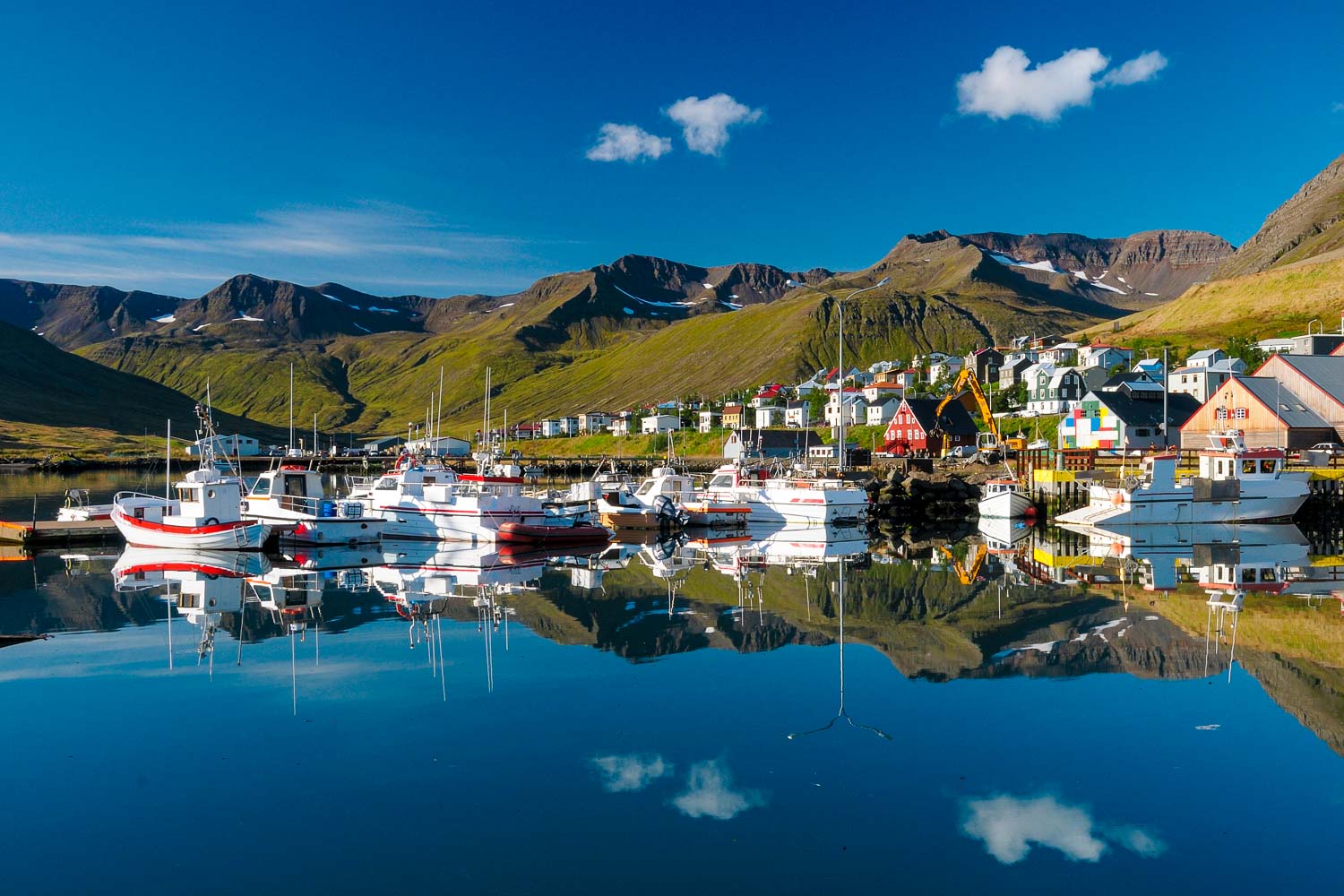 For centuries, many villages along the North Coast of Iceland trusted fishing as their main trade. But with industrial fishing growing and constant ecosystem changes in tiny towns, this trade has become less reliable. In some villages large herring factories have had to close, leading many people to leave their villages for larger towns.

This was the fate of Siglufjörður or Sigló, Iceland’s northernmost town, located on the Troll Peninsula. In the early 1900s, it was the largest herring port in the country with 12,000 seasonal workers coming here over the summers. The town streets buzzed with people and Sigló was a cultural hub with loads of entertainment.

However, the so-called Herring Era soon ended. The herring were overfished and workers left. The population of Siglufjörður has been dropping ever since the 1950s and now hovers around 1,300 people. 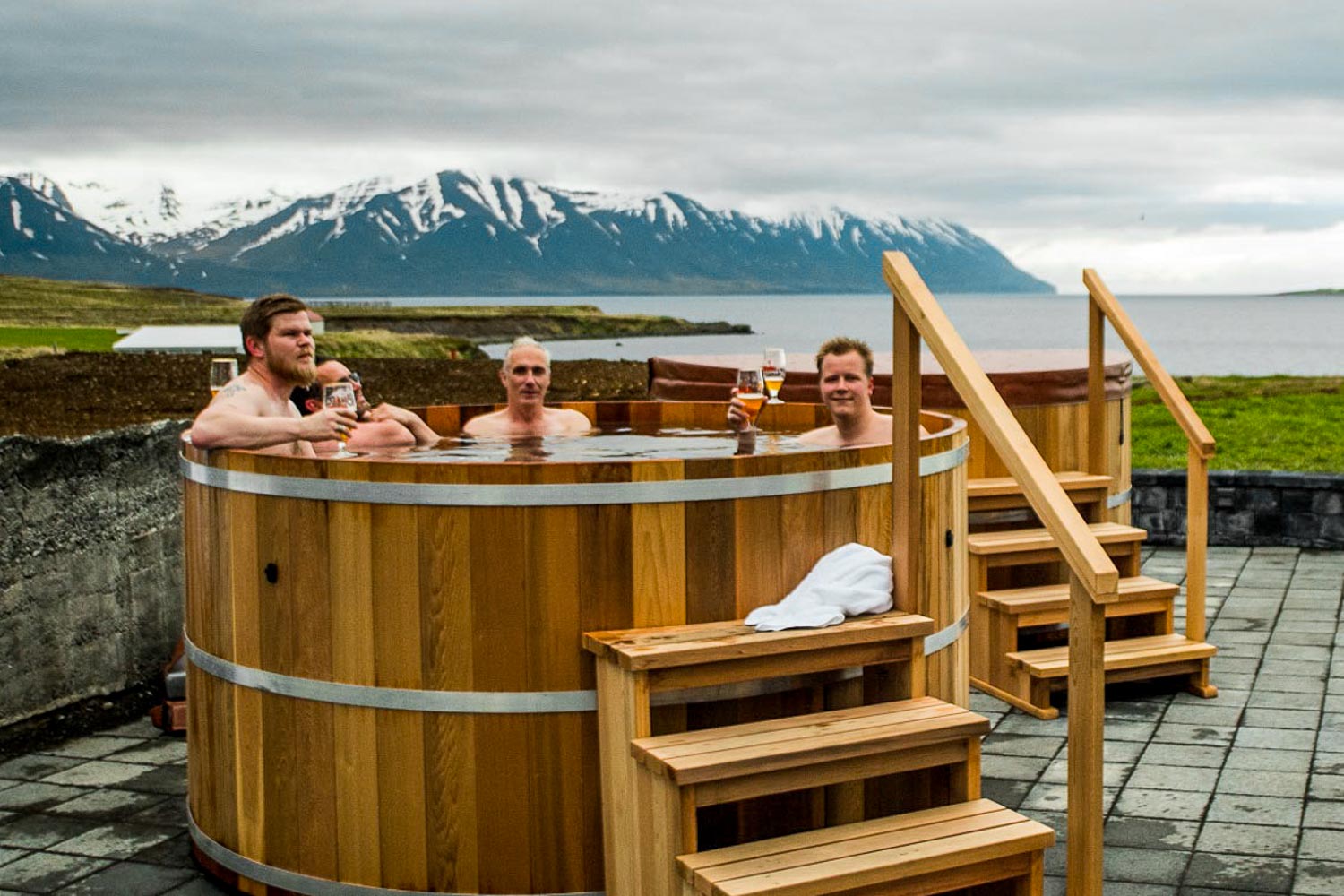 Yet the town remains as lively as ever. With the Herring Era Museum, colorful cafés, a beer brewery and a swimming pool among other attractions, Siglufjörður is one of the most charming places to visit in North Iceland.

The infrastructure around the town has been well developed, with new roads and tunnels making Siglufjörður accessible all year round. Multiple ski resorts in the area made Troll Peninsula a popular destination for winter sports enthusiasts.

Siglufjörður is only one example of the many little towns along the North Coast, where booming tourism has encouraged locals to turn to the growing travel industry. In a number of towns, stables and fish factories have been turned into microbreweries, museums have started popping up and intimate family-run restaurants have opened their doors to visitors from all over the world. 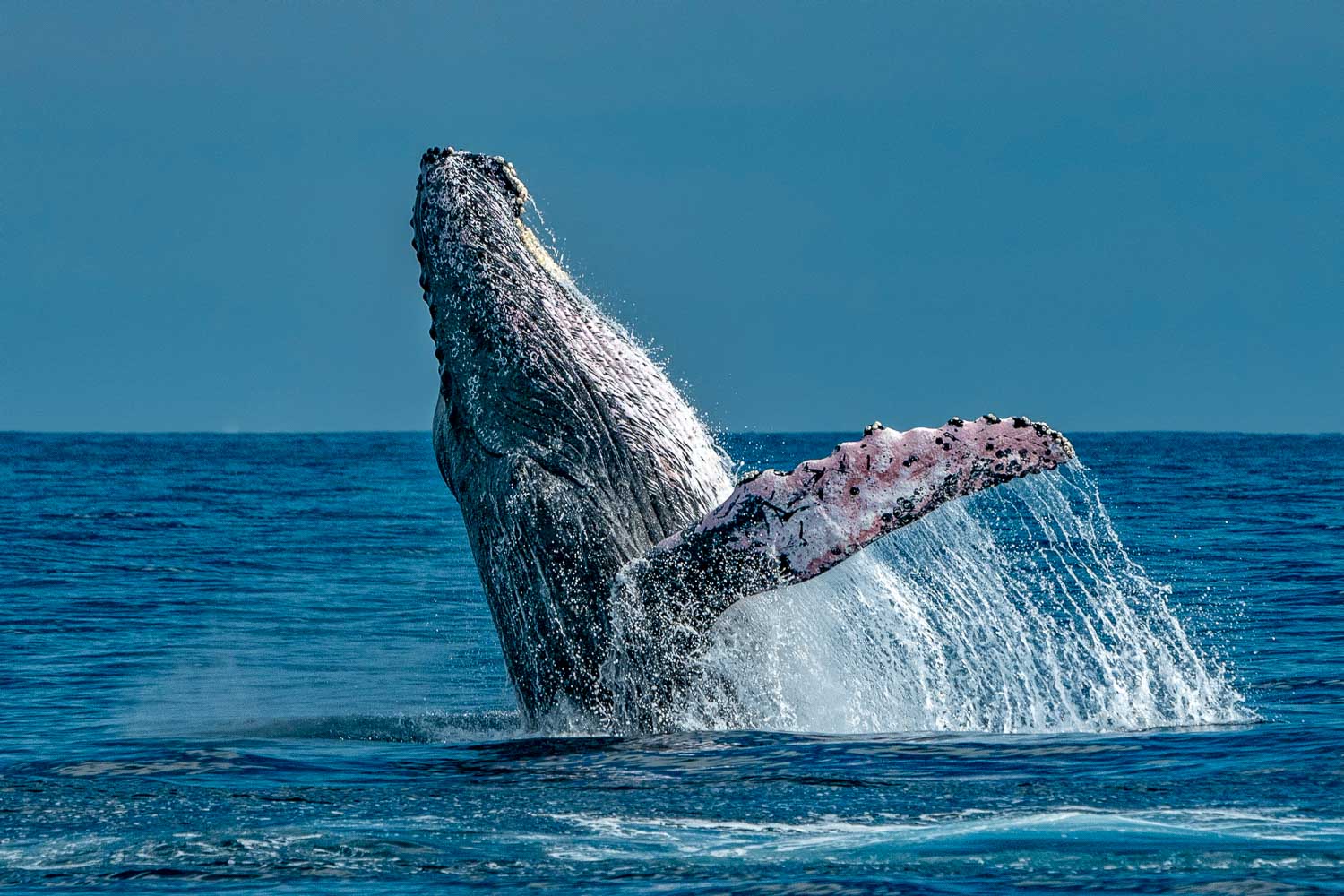 Legends about trolls, magic and mysteries thrive along the North Coast.

Authentic is an overused word that often loses its meaning, especially in the context of tourism. And yet, we’re confident to say that the Arctic Coast Way has something truly authentic to offer, especially in its people.

Locals are proud of Icelandic nature and love talking about their beloved island. For as long as anyone can remember, Icelanders have been great storytellers, which certainly adds color to the tourism industry. No surprise that one of the segments of the Arctic Coast Way is called “The Coast of Sagas and Mythology.” Legends about trolls, magic and mysteries thrive along the North Coast.

On the Arctic Coast Way, you’re likely to meet people who’ve lived up north for their entire lives, or locals who moved there looking for a slower lifestyle. Everyone here has a story to tell and they’re eager to share it. Have you ever met a whale hunter or a psychic reading tarot cards? Wait until you come to the North Coast!

The experiences offered on the Arctic Coast Way are no less extraordinary (we know that’s a thrown around word, too!) than the stories. Imagine soaking in a beer spa and sipping on a freshly brewed craft beer at the same time. Have you ever dreamed of watching the Northern Lights while relaxing in geothermal pools right by the Arctic Circle? If you wish to feel the infinity of Iceland’s natural wonders, go on a whale watching adventure and you’ll instantly know what we’re talking about.

Everyone who arrives in Iceland is encouraged to take the Icelandic Pledge, a promise to respect nature and preserve the landscape. It’s a small gesture that asks everyone to take a second to really think about tourism’s impact on nature.

Icelandic nature is as fragile as it is stunning. Past events show that too much attention from tourists can quickly destroy natural wonders that have otherwise survived centuries of storms and other natural challenges.

For example, Fjaðrárgljúfur Canyon was temporarily closed after it was featured in Justin Bieber’s music video “I’ll Show You.” The same fate followed Grjótagjá Cave, known by Game of Thrones fans known as Jon Snow and Ygritte’s romantic love nest.

Being considerate of nature and other people might sound like common sense, but you’d be surprised! The Arctic Coast Way emphasizes the importance of sustainable tourism and shares a lot of useful information about being a responsible tourist and staying safe during your trip.

The Arctic Coast Way shares the same values as modern tourists: love for nature, locals and oneself. Isn’t that the future of tourism? 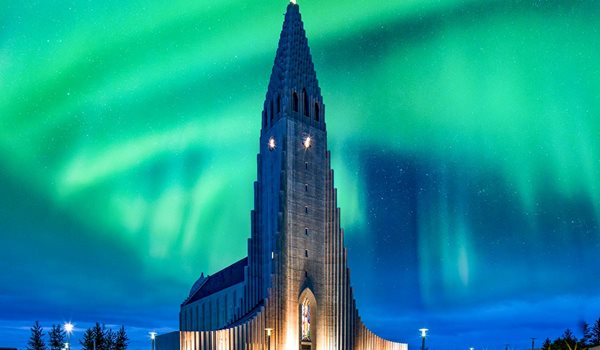 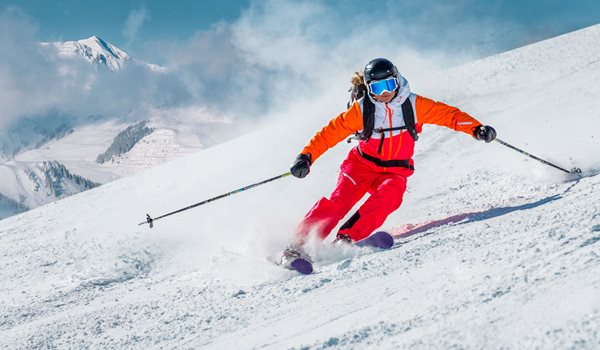 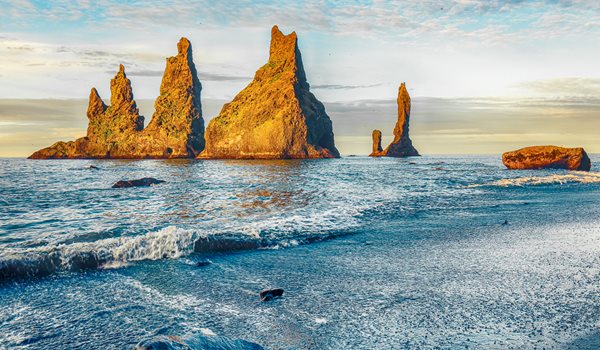